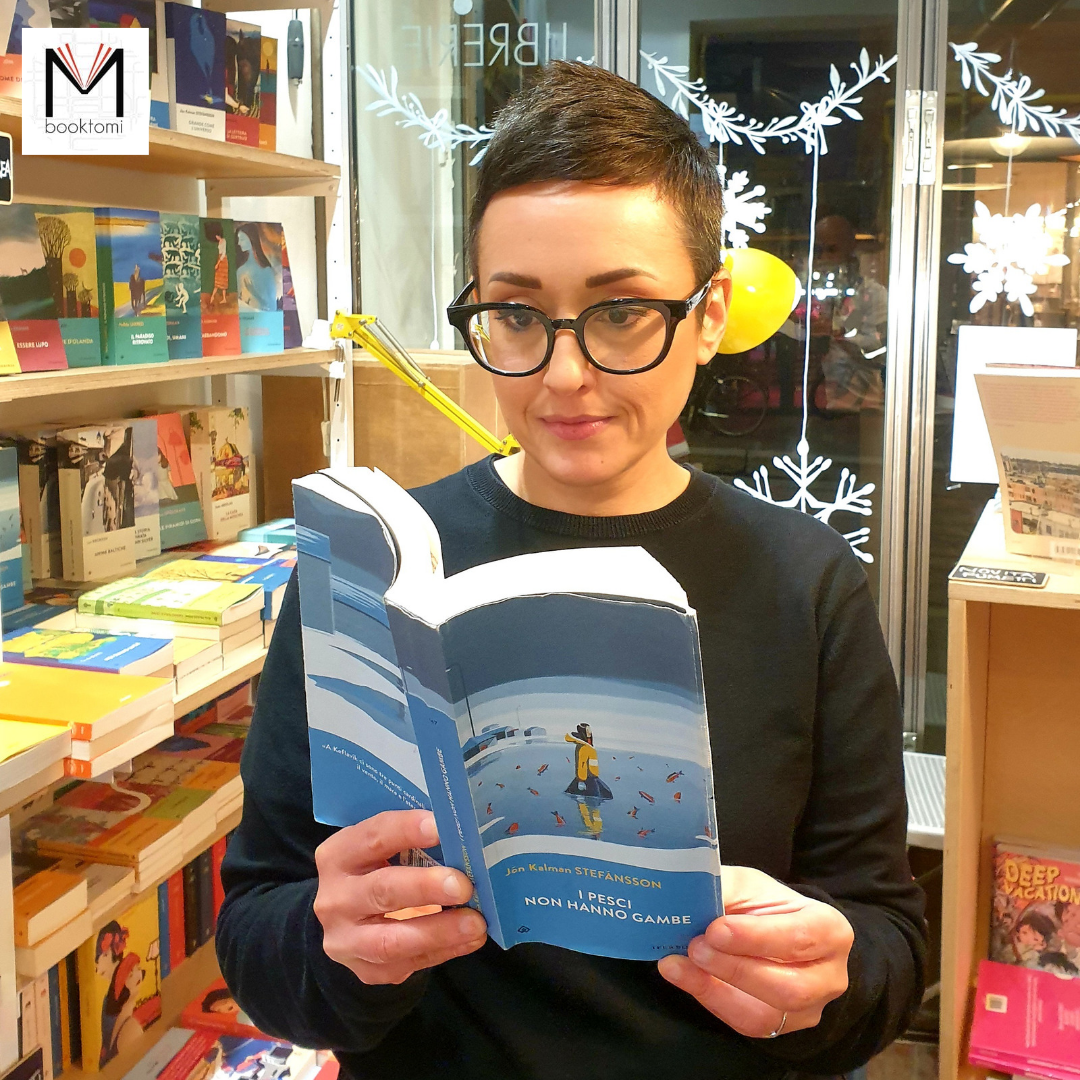 Have you ever read a book that is a blizzard? Let’s try talk about this blizzard done of pages and ink.

“Story of a family”, the subtitle. And as the wise man said, every happy family and so on. This family has its roots in the water, if the fish have no legs it is because the immensity of the sea does not allow for the surface, it can only be crossed by submersion, it requires depth. Stefánsson tells us about a land at the maximum distance from heaven, forgotten by the Lord or someone on his behalf, frozen, inhospitable, which wounds without escape the life that begins there. Born in the land on the edge of the Earth, men and women forge their character in the constant confrontation with the roar of the sea and with the resistance of inclement weather. And it’s immediately stormy, there are gusts of wind that confuse the weather, the cardinal points, right and wrong; in the storm every reference becomes ephemeral, the reader is seriously lost, disoriented between temporal plans, ties, regrets and fears. The women, the immense, amazing women who populate these pages, women who are mad and are songs, are poems, mothers, daughters, lovers, victims, stepmothers, disappeared, always and in any case immense.

It’s hard to tell a blizzard. With the images that slap you, the words that howl, the beauty of the evocations, like sacred apparitions: “That is why they were so beautiful, that is why the mountains had been transformed into a psalm, a priceless hymn.” Stefánsson’s language recalls the swirling snow, returns to its beauty full of meaning, resumes entire periphrases, puts them back before our eyes again and again and again until we understand them, not with the mind but with the skin, we finally see what that he has already told us not once but ten times, on the eleventh time the ultimate meaning emerges on the surface: a shiver, which has nothing to do with reason, tastes more like intuition, an imperfect, unappealable intuition. We move from the past of grandparents, to the recent past of uncles, to the present of separations and reunions. The narrator has no name but a lot of affection, he tells how to restore the dignity of what happened and of the actors, the senselessness of every life, the beauty of every moment.

It’s difficult to write about this novel, every word betrays another and so to outline a plot one would lose all the kaleidoscopic perfection of the parentheses, of the digressions which are the background and substance of an epic fresco, the story of the wounds of a family and of a nation. It is the story of a place forgotten by the Lord, or whoever for him, a place where the sea makes men men and love saves no one; it’s the story of a time that folds back on itself, like “an angel’s wing” or the eyes of a girl that are songs, that we thought we knew and have never known. From all the sadness, immeasurable sadness, of these pages drips like sap, a sense of the elusive, ethereal, something that remains bittersweet on the palate and which, perhaps, has to do with that literature that “sometimes seems to have no boundaries and therefore continues to go further, (…) in search of what we don’t know and yet we aspire to.”: reading Stefánsson has to do with
do, perhaps, by taking care of words, with the importance of looking, with the benefit of the doubt, with all the dignity of failure and with the value both of remembering and of letting go.

Iceland is described as a place ruled by melancholy that soothes our eternal disorientation and for this, we can say, we are grateful.