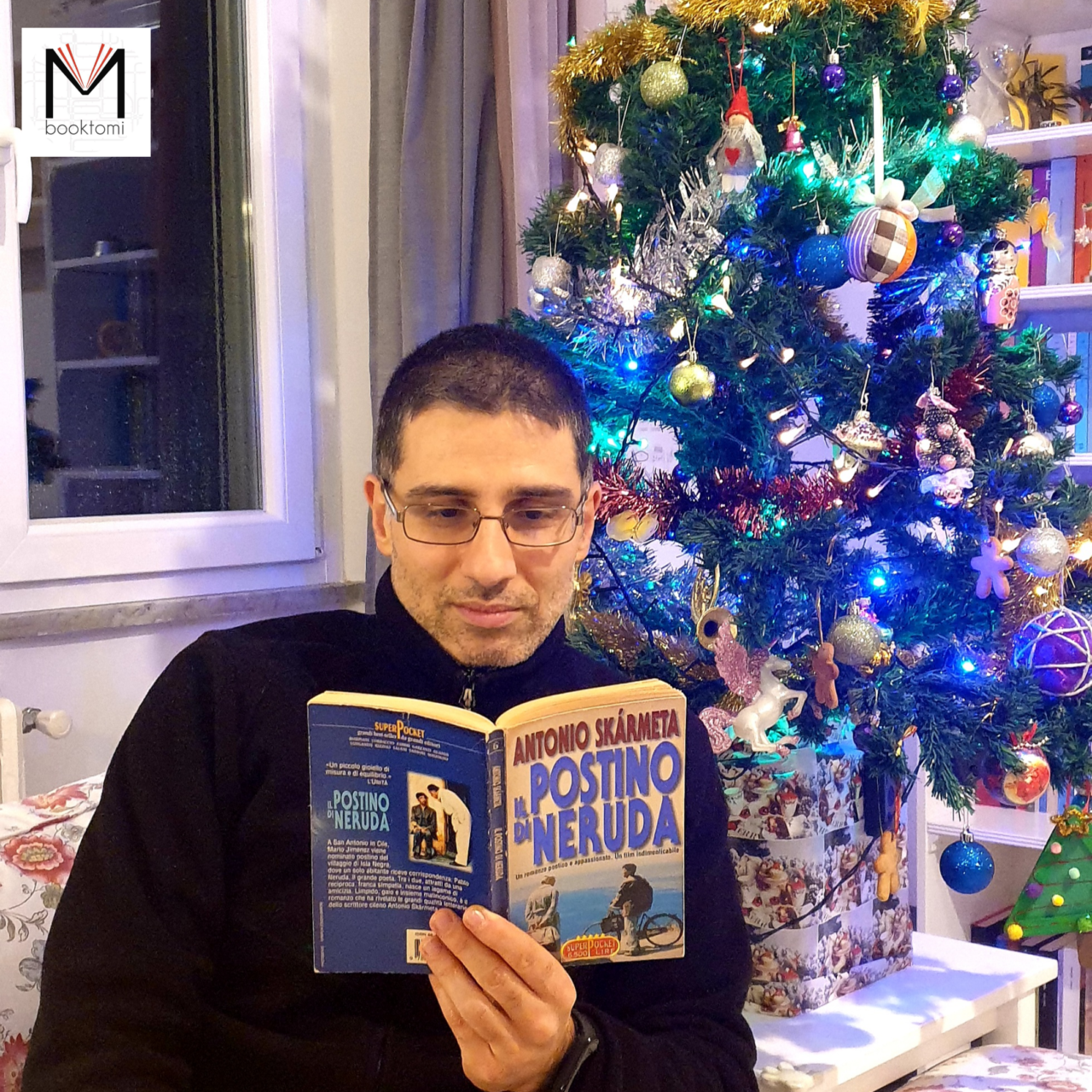 “You mean then (…) that the whole world is a metaphor for something?”

A jewel to keep well exposed in the library. A simple and linear story, strong with an upsetting poetic charge.

In a small and poor Chilean island, the young protagonist, Mario Jimenez, is in that phase of life in which he is not yet clear what he will do as an adult, what is certain is that he does not want to become a fisherman like his father and good part of the male population. Try to escape from a doomed fate, however hopeless. Chance, for those who believe in it, will lead him to find employment at the local post office, and be hired as a postman for a single resident who receives an abnormal amount of letters: Pablo Neruda.

The meeting with the poet will represent a rebirth for Mario, who will learn about the importance of words, their weight and their delicacy. With the gentle use of words and beloved metaphors, he will be able to win Beatriz’s heart.

Poetry will also enter into Mario’s political commitment, determined to first support Neruda’s candidacy at the helm of the country, until he retires to give way to his friend Allende who had a better chance of winning. There is also space for extensive reflection on the poor people and the abuses suffered, up to the military coup that killed Allende, but this is another story.

The ending is literally wonderful, especially the last page, where the poetry of the story manages to touch an unexplored peak, leaving the mouth mixed with the bitter sweet taste of life.

The book can be read in one day, it runs fast and light, but we recommend reading it at least in two days to better savor some passages with a high poetic degree, to be able to memorize them and make them their own in everyday life. We ourselves have had a hard time deciding which sentence to quote, because when you are in a field of flowers how do you decide which is more beautiful and deserving than the others?